Anyone who owns their own company, especially ones who start it from scratch, knows that you have to take a lot of chances and risks in hopes of a reward. Nine times out of ten, those risks end up not paying off, but you are always waiting for that one that finally does. Division 9 and my involvement with Restaurant: Impossible was exactly one of those risks that finally paid off!

This adventure all started with a phone call from Michelle Agnese, a dear friend and one of the partners of Riscala Agnese Design in NYC.  I once worked for this firm as the in-house architect and construction manager. After I started Division 9, we developed a working relationship with Riscala Agnes Design, and completed many amazing restaurants together. However, Michelle’s phone call that day was not about a typical restaurant, it was about Restaurant Impossible. She and her partner, Fadi Riscala, were both cast as the designers on the show. She explained the crazy concept of RI to me and asked for Division 9’s help.  To me this was just another risk, that odds are it would not pay off, and I would probably not make any money in the process. Long story short, we shot the pilot episode with them. The restaurant came out beautifully, and I worked over 40 hours and didn’t make a penny. However, for the experience and the potential advertising for my company,  I felt like it was worth the effort.

Several months went by and I received a phone call from one of the producers of the show. I was asked what it would take to get me to go to South Carolina to shoot another episode with a different designer. They undertstood how restaurants are very complex. They understood the complexity of restaurants and with my company’s focus being restaurants, it seemed the perfect fit. So I packed up some tools, grabbed my good friend and business partner Angelo Russomanno, and went to SC to film another RI. Next thing I knew, we had completed six episodes and season one was over.

Restaurant: Impossible never intended to have a Construction Manager on the show. I have to attribute my onscreen role 100% to Robert Irvine.  Now remember, I am not an actor nor had I ever been on TV. I am just an Architect/ Designer running a construction company in Northern New Jersey.  My role literally grew from Robert’s need for fast and on-the-spot information, and also his need to get the most out of the $10,000 allotted for each show. Robert was tired of asking the designers questions on-camera and them not having all the answers because it was a project that I was handling off-camera. By season two the, “My Builder Tom,” Construction Manager role on the show was in place. Since then we have completed over 60 restaurants together, and I don’t see an end in sight.

Robert Irvine and I also grew to be great friends.  I built one of his restaurants, I went to his wedding, and we have vacationed together. Whenever our schedules allow, and we are in the same city, we meet up for dinner, drinks, and a ton of laughs. We work together on RI like brothers. We bicker and yell at each other, but we always have the best intentions. Even when you see me frustrated after an intense argument, 10 minutes later we are both hard at work together like it never happened.

My life has changed dramatically since Restaurant: Impossible. I have fantastic partnerships with companies like FrogTape, I do live events and home shows all over the country, and I am even working on a concept for my own show. I truly feel lucky to be able to be involved in Restaurant: Impossible, and to get to change people’s lives. All the sweat, all the pain, and all the work is worth it in the end when you see the smiles on the owners faces and know you gave them one more chance.

Check out these pictures from me on the set of the show. 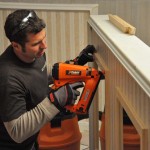 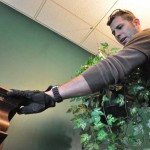 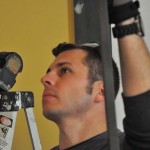 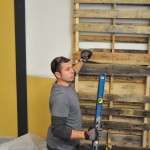 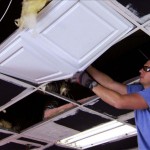 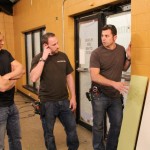 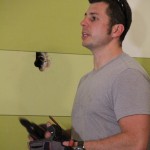 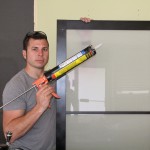 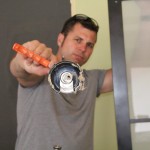 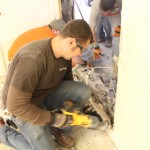 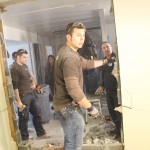 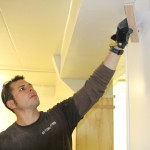 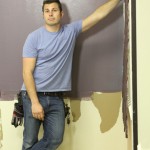 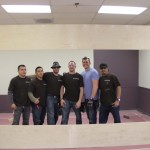 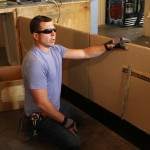 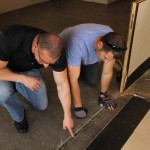 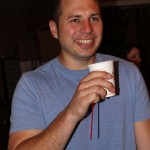 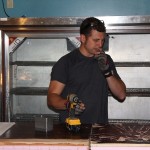 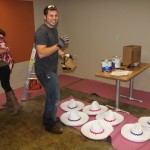 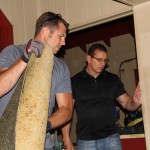 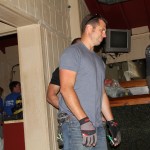 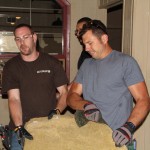 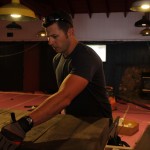 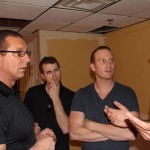 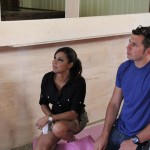 Check out some of my other projects and designs!